There’s a reason why businesses specializing in the design and sale of physical cards are still profiting despite the rise of a prosperous and growing e-card industry and culture. Ultimately, the internet has failed to kill the greeting card.

In today’s digital age, wedding invitations remain one of the few things we still insist on communicating in physical form through snail mail.

Certainly, sending wedding invitations electronically would save you money, queuing up at the post office, and, most importantly, time, of which you probably feel you have precious little given the elongated list of things you need to do in preparation for your big day. However, while it may feel like you’ve taken on a second part-time job, there are several reasons why you should avoid the e-card when asking friends and family to join you to celebrate your marriage.

You risk giving your invitees the wrong message by sending an e-card.

E-cards tend to be light-hearted and entertaining, which certainly aren’t the first things that come to mind when one thinks about engagement. You’re after a more formal and serious vibe, rather than an animation of a bride and groom at the altar.

Furthermore, e-cards suggest a lack of care which doesn’t translate well and in fact serves to nullify the anticipation and spectacle that should characterize your ceremony and the build-up to it.

Receiving an email with the subject line something like ‘You’re invited to Vikki and John’s wedding’ isn’t as personal or stimulating as seeing those words printed on card after the initial suspense and excitement of finding a card on your doormat and opening the envelope to reveal its artistic contents.

Instead, a physical card is the best way to spread a special message. Printed wedding invitations are more formal and better reflect the more serious, deep and meaningful event that is marriage. Receiving a physical card is so much more personal and creates a spectacle, which is what your engagement deserves. 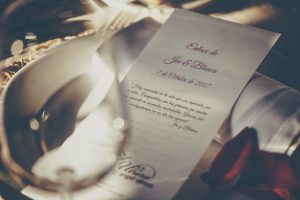 With the limited range of impersonal e-cards cast aside, you will find yourself with a great deal of freedom to design wedding invitations – use it to get creative.

Wedding invitations should give the recipient a glimpse of the atmosphere, personality, and theme you want to recreate on your big day.

The design doesn’t have to be text on a background. Instead, you may decide to be unique and send your message as a puzzle, trapping of air, or in edible form. Don’t forget, it’s all about creating a spectacle!

You can’t put an email on your mantel piece or in the window, or pin it to your noticeboard. Well, you could print it out but it wouldn’t be the same as a crafted card and who prints nowadays?

Printed wedding invitations can be displayed in all their glory in the house, adding to the anticipation of the event. Furthermore, you’re more likely to receive cards back and then you’ll be able to refresh the display in your house.

E-cards rely on the recipient having a digital presence and an electronic device to access the internet, which not everyone does even in today’s device-obsessed world. You would have noticed this if you didn’t spend so much time looking down at a luminous screen and took in the sites provided by nature.

Lecture on the pernicious effects of our addiction to technology aside, it’s likely there are going to be a few generations at your ceremony, some of which would not have grown up with technology and therefore remain computer illiterate.

Yes, I’m talking about Aunty Angie who still walks to the shop every morning to buy a paper and complains that the buttons on mobile phones are too small for her fingers.

She’s going to require physical wedding invitations so you may as well do them for everyone. 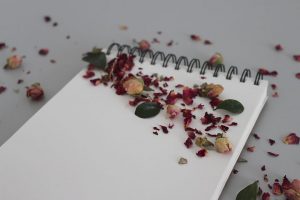 But, what about the environment?

Has all this paper production got you worried about carbon emissions and the implications of this for the environment?

Firstly, good on you for having a concern for the health of the planet because that’s more than can be said for Donald Trump and other major politicians who unfortunately lack empathy and urgency on the issue of climate change; even in the presence of doomsday warning signs such as the latest United Nations Intergovernmental Panel on Climate Change report.

Paper is recyclable, however, so, if disposed of properly, it shouldn’t end up in landfill and you can relax about your paper usage in the knowledge that it will have another use in its future life after being de-inked and re-pulped. Thousands of tonnes of waste paper is diverted from landfill to the recycling industry each year in Australia. Indeed, the words on your wedding invitations may well be written on paper that is at least partly recycled.